Subscribers can hear to this article Pitso Mosimane has rubbed more salt into Kaizer Chiefs’ wounds by declaring that even refereeing errors going their plan wasn’t ample to aid them take the Absa Premiership title.

The Mamelodi Sundowns tactician led his facet to a treble of trophies this previous season whereas Amakhosi are silent aiming to pause a 5-yr trophy drought.

Chiefs enjoyed a 13-level lead at the head of the Premiership standings but misplaced out to the Brazilians on the final day of the season.

Mosimane has further piled on the anxiety for his competitors by claiming that the Soweto giants even enjoyed honest fortune with refereeing mistakes generally entering into their favour.

“They (Kaizer Chiefs) had a 13 level gap and I if truth be told have repeatedly talked about they benefited from some referee’s mistakes. I mean how time and every other time did they get pleasure from referees mistakes this season?” Mosimane told Energy FM.

“With all these advantages and 13 aspects, they blew it at the pause and we capitalised to take it. We dropped a form of aspects all over the bio-bubble. Our first two matches were attracts against Orlando Pirates and Highlands Park. We furthermore misplaced against Cape City City. Nonetheless Chiefs were worse than us all over the bubble.” 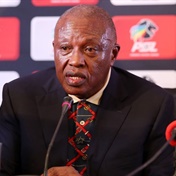